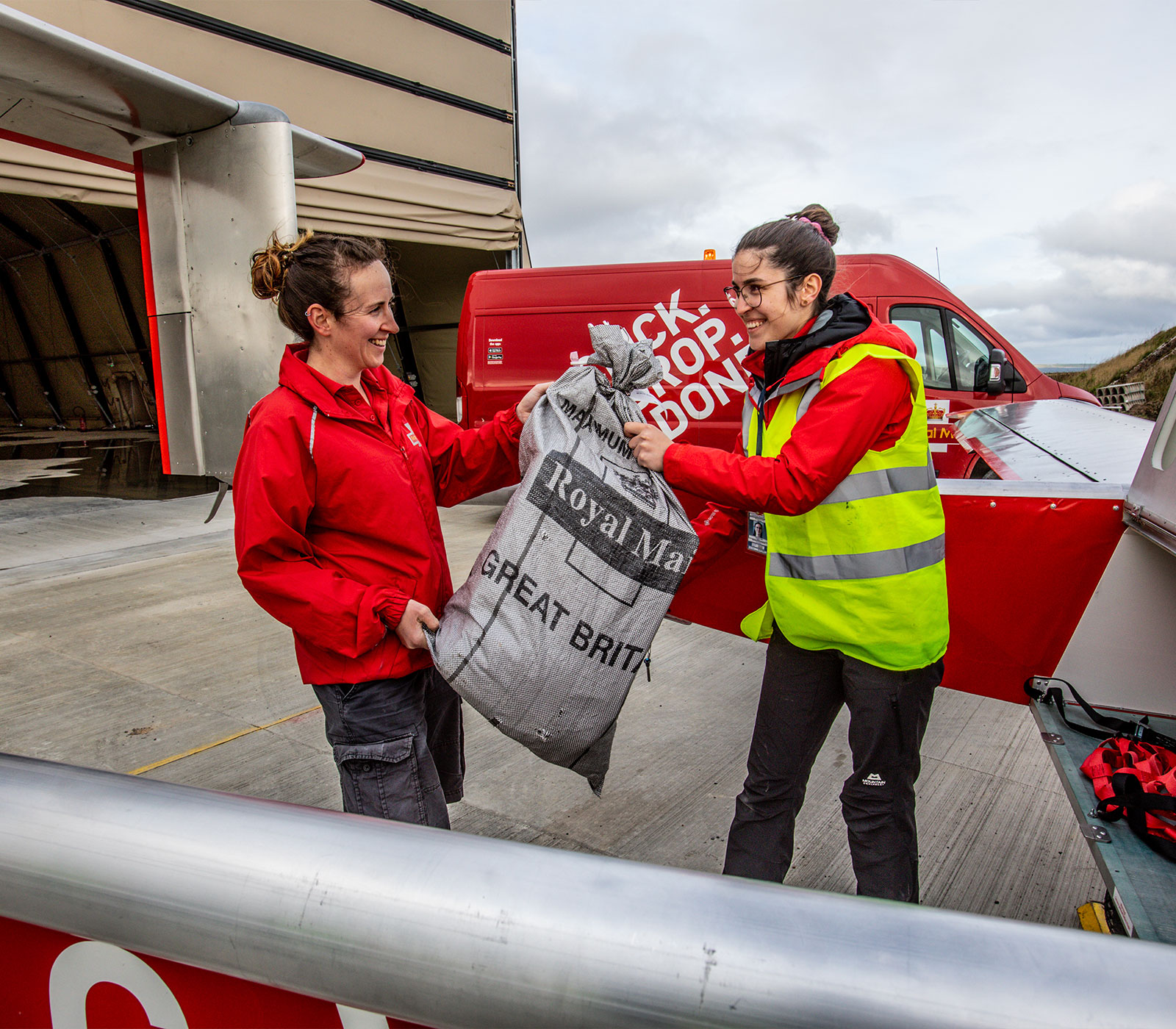 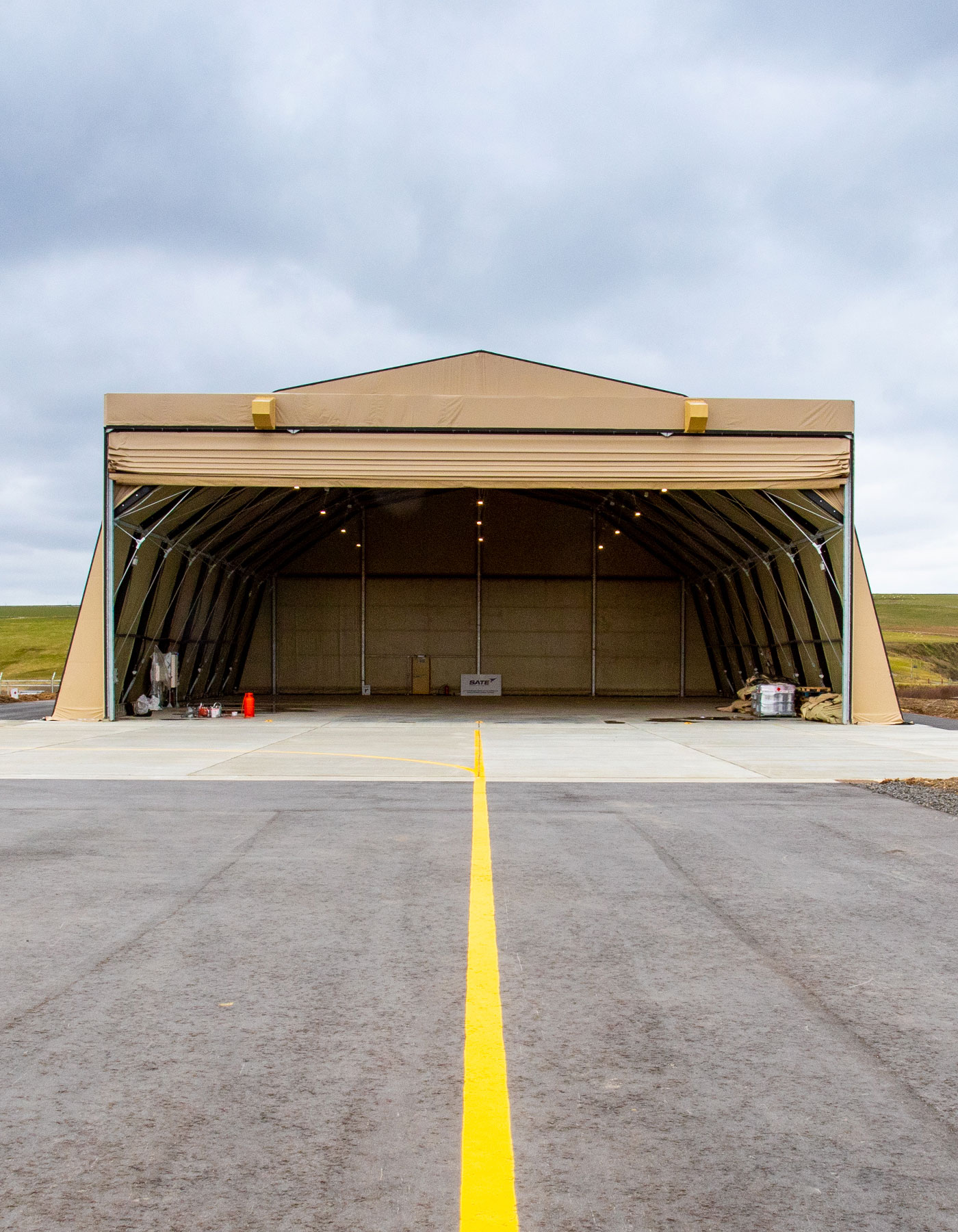 Rubb has designed, manufactured, and installed a 25m EFASS at Kirkwall Airport.

Kirkwall Airport is the main airport serving Orkney in Scotland, owned by Highlands and Islands Airports Limited. The airport services commercial flights from Loganair, and cargo shipments from Royal Mail.

Royal Mail—in association with drone company Windrunners and the Sustainable Aviation Test Environment (SATE) project based at Kirkwall Airport—will use the 25m x 32m EFASS to house its post-delivering drone as part of trials for the UAV system.

The post will be flown by an autonomous drone, called Ultra, which can carry 100kg of post between the trial areas of Kirkwall and North Ronaldsay. The drone, travelling at 90mph, takes only twenty minutes to deliver its post to the remote island community. With a population of just 70, the drone may prove essential to keeping remote areas like North Ronaldsay connected. 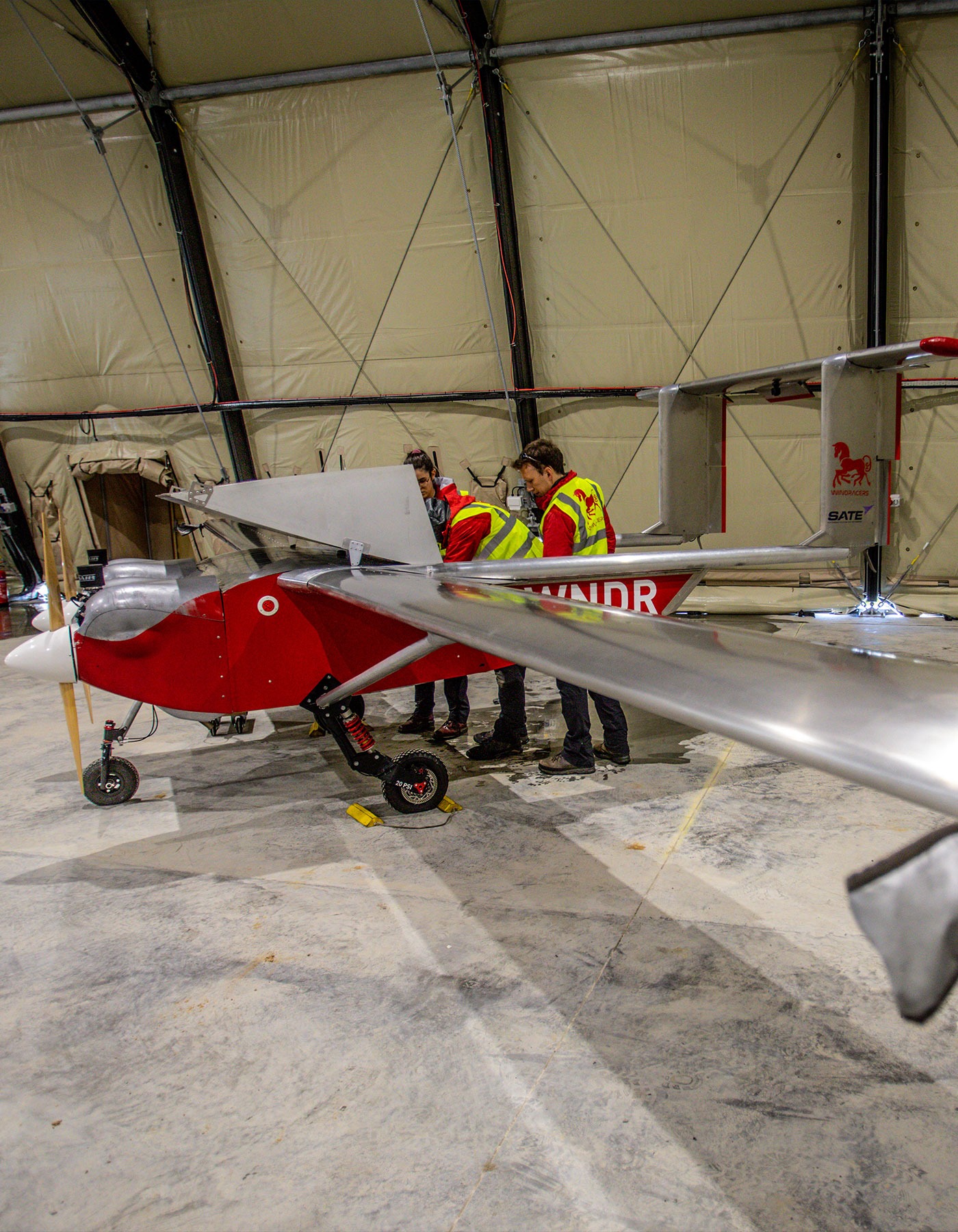 Rubb’s sustainable system is a perfect match for both this initiative and the region, as efforts are underway to decarbonise Kirkwall Airport in a bid from the Scottish government to become the world’s first net zero aviation region by 2040.

The drone system also marks a huge step in sustainability due to the materials used in manufacture, and is up to 30% more carbon efficient compared to crewed aircraft solutions.

Included in the building is a 21.5m Helidoor—installed and manufactured by Rubb—which ensures easy access for the 10m wingspan of the drone. A pedestrian door to the rear gable and a fire door are also included for the human personnel. 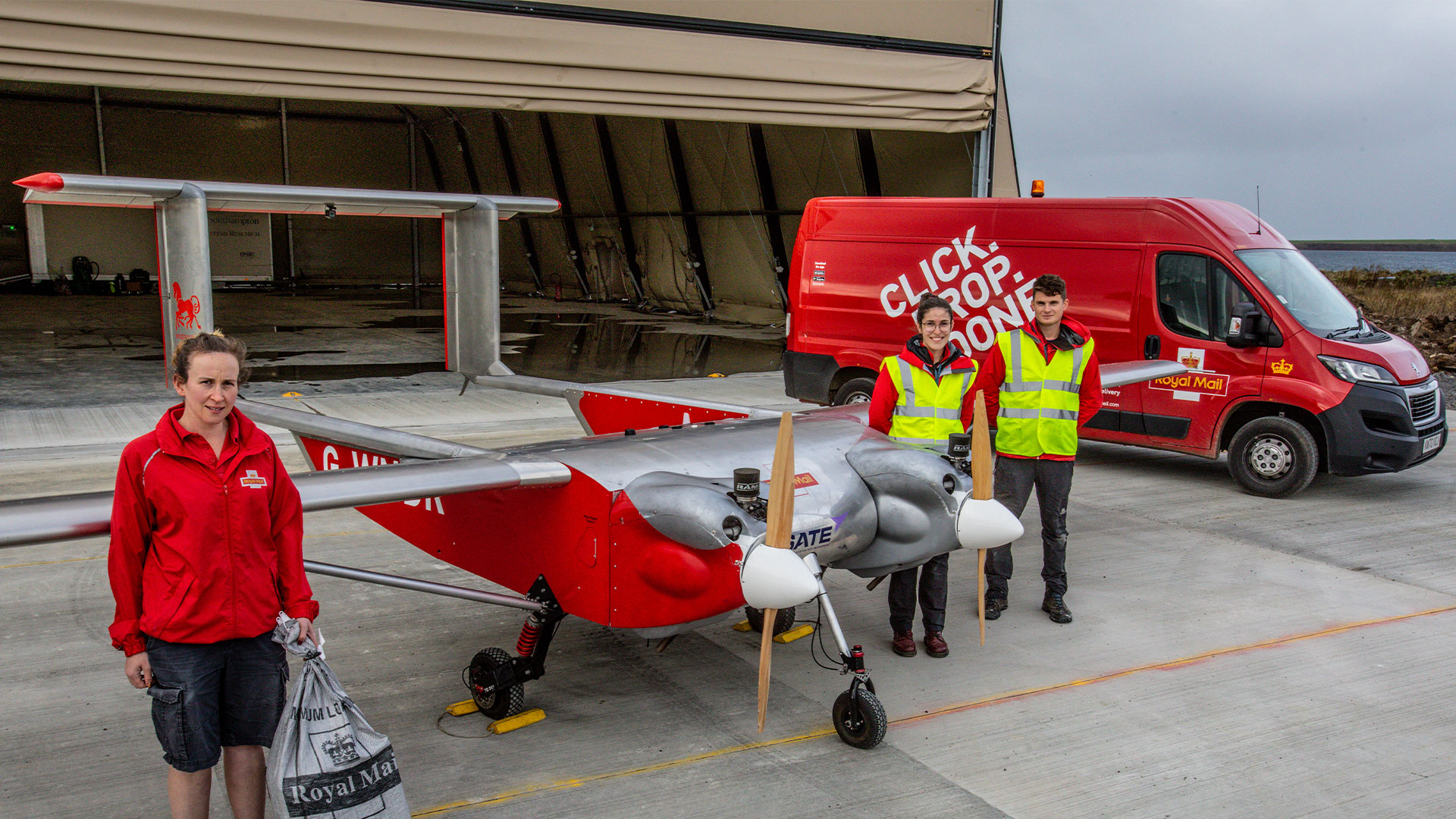 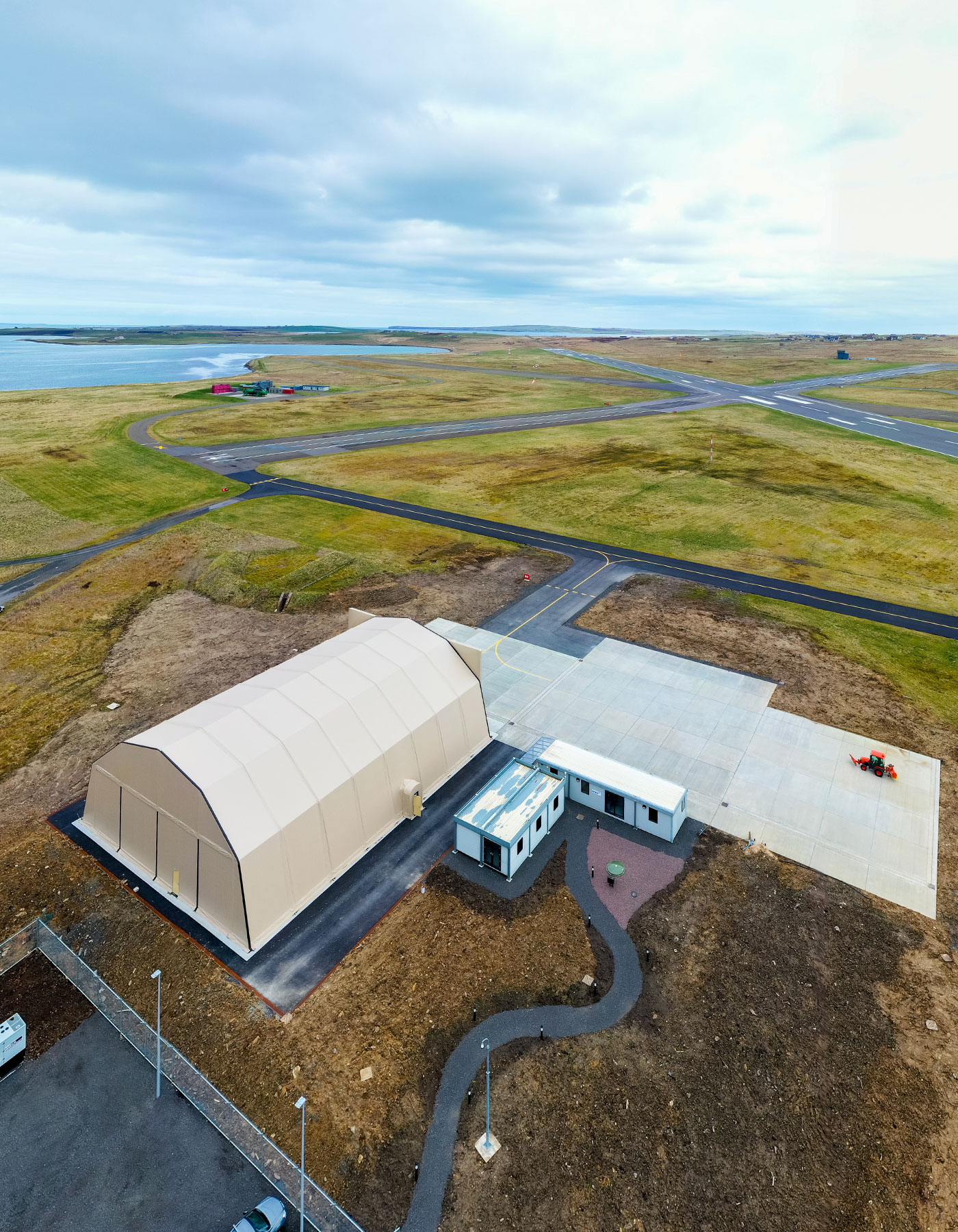 On time delivery regardless of our customers location or the weather, whilst protecting our environment is our goal. Even though we go everywhere, Royal Mail already has the lowest CO2 emissions per parcel delivered, this initiative will help reduce our emissions even further.

After these successful test flights, Royal Mail announced plans to set up as many as 50 drone routes over the next three years. To achieve this, Royal Mail is set to secure up to 200 more autonomous drones. Royal Mail said the first communities to benefit would be the Isles of Scilly and the Scottish islands of Shetland, Orkney, and the Hebrides. 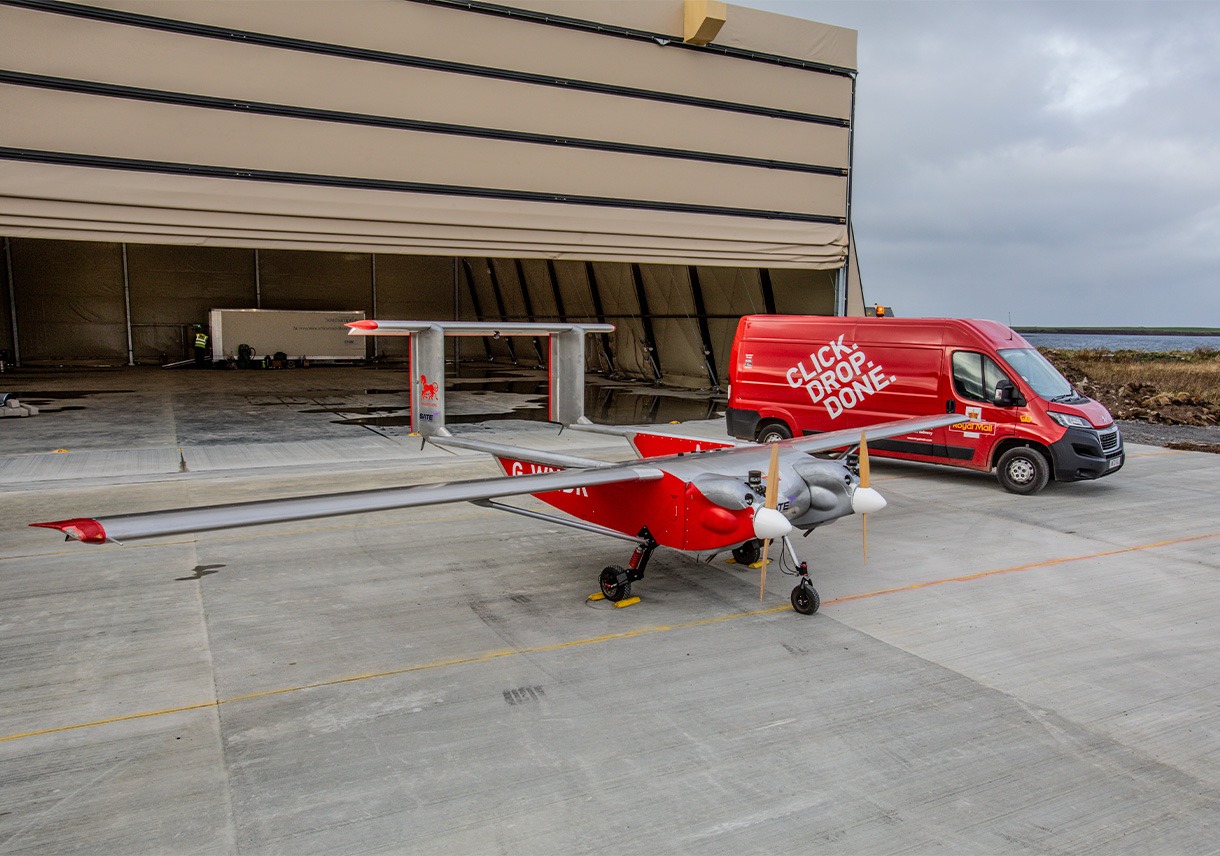 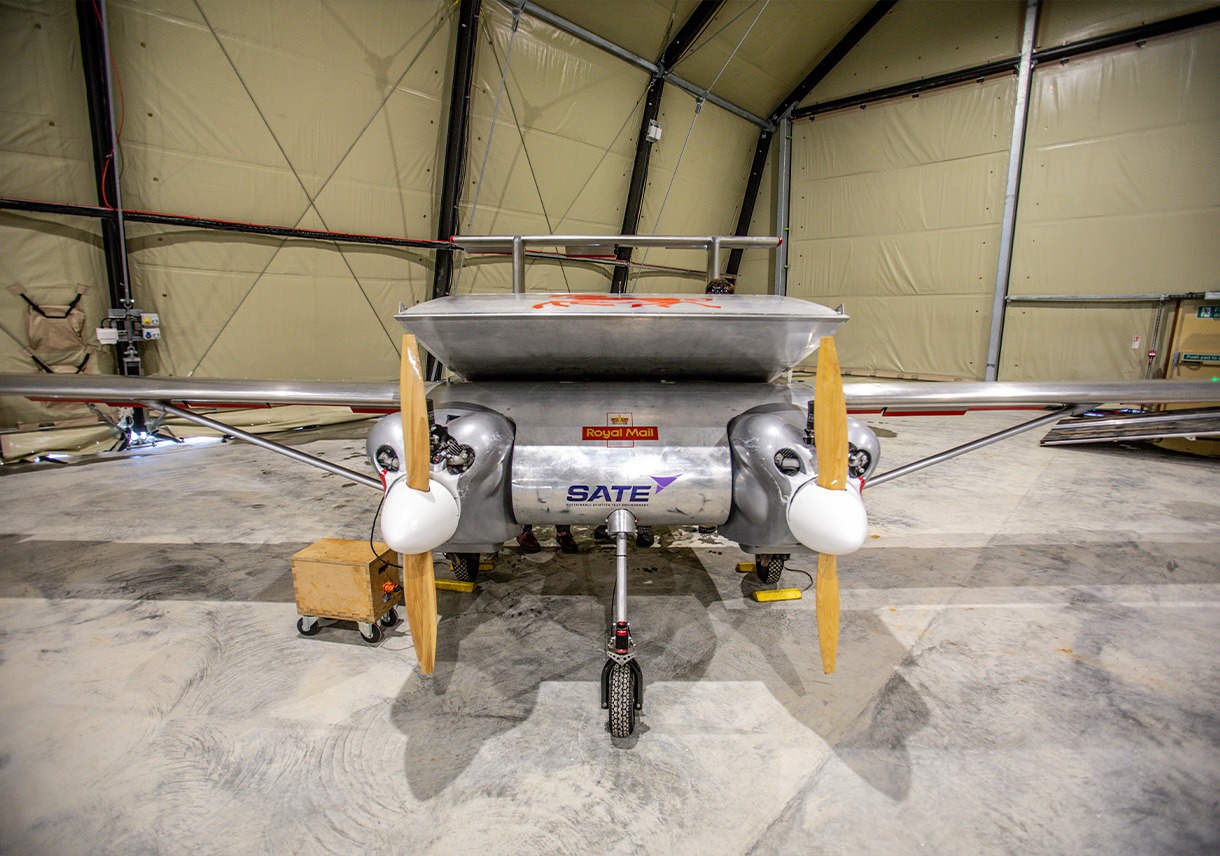 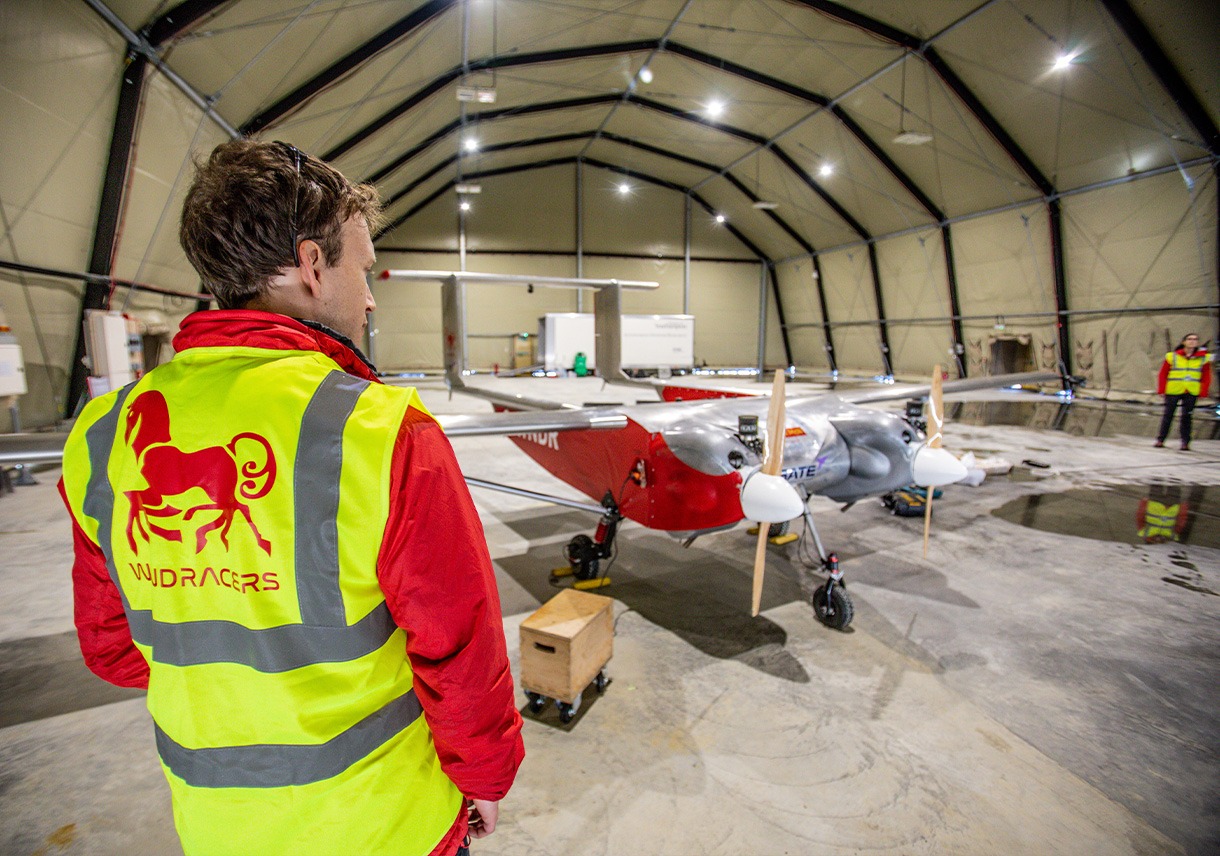 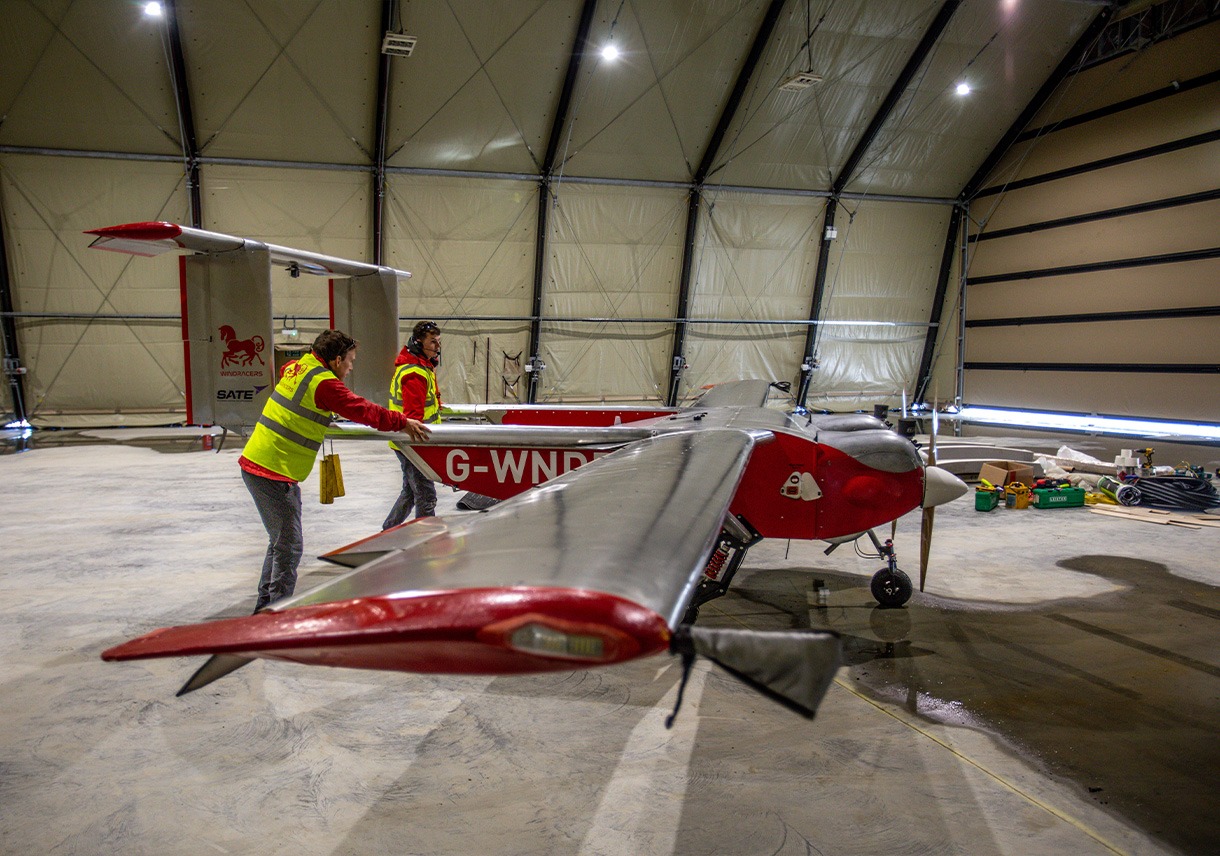 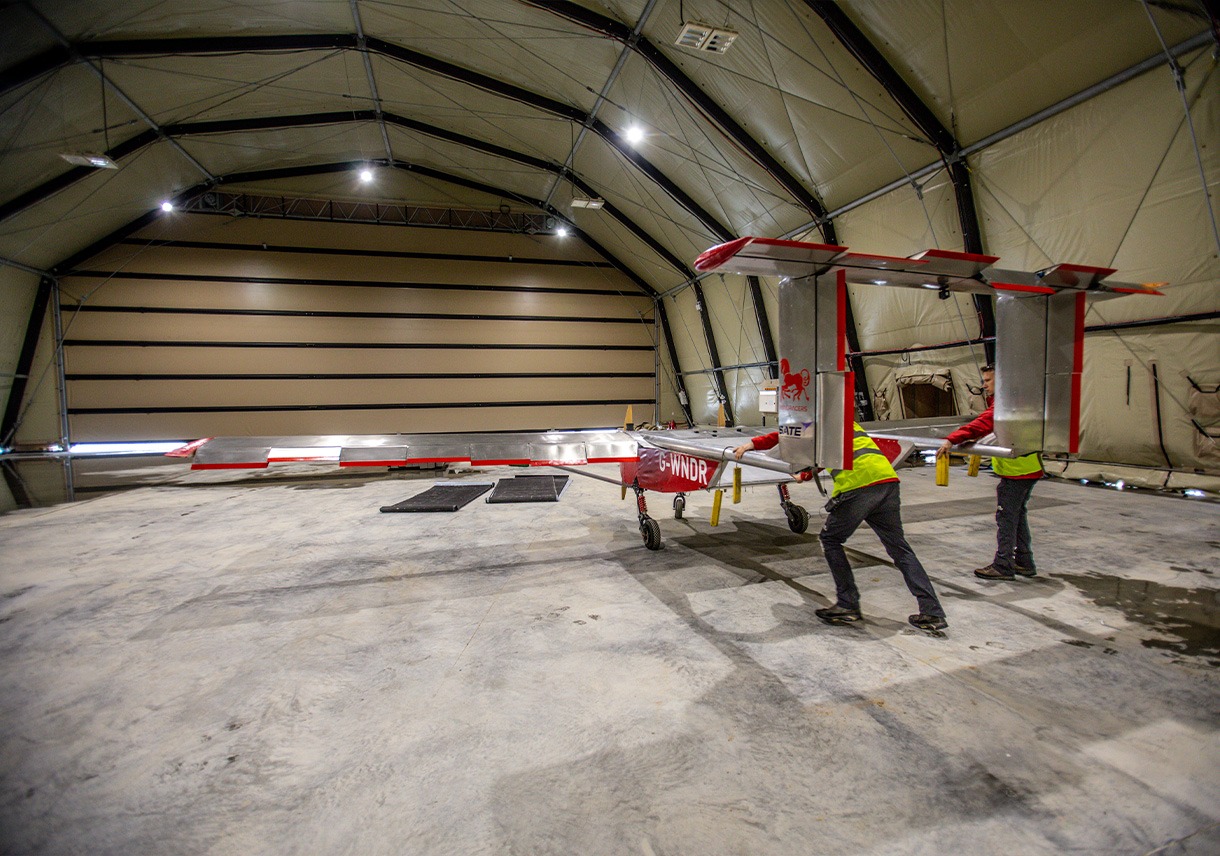 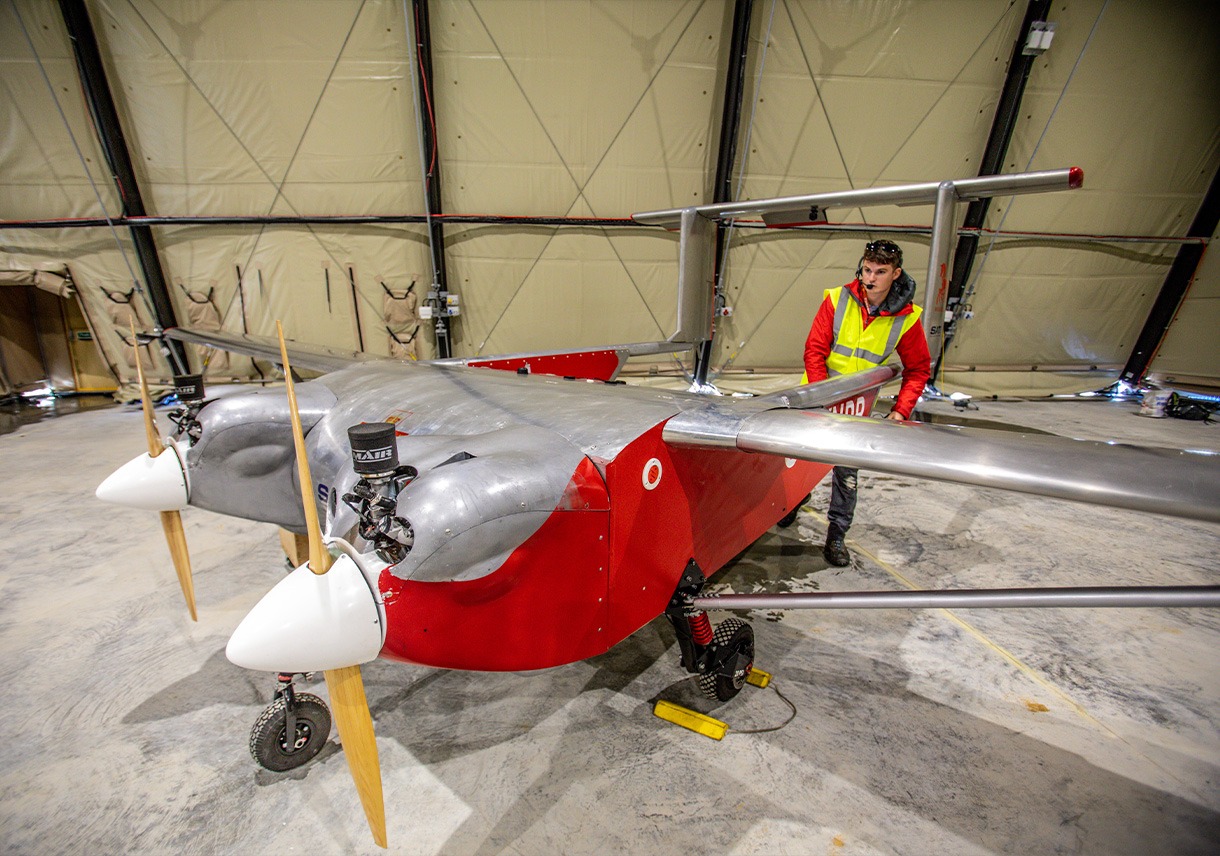 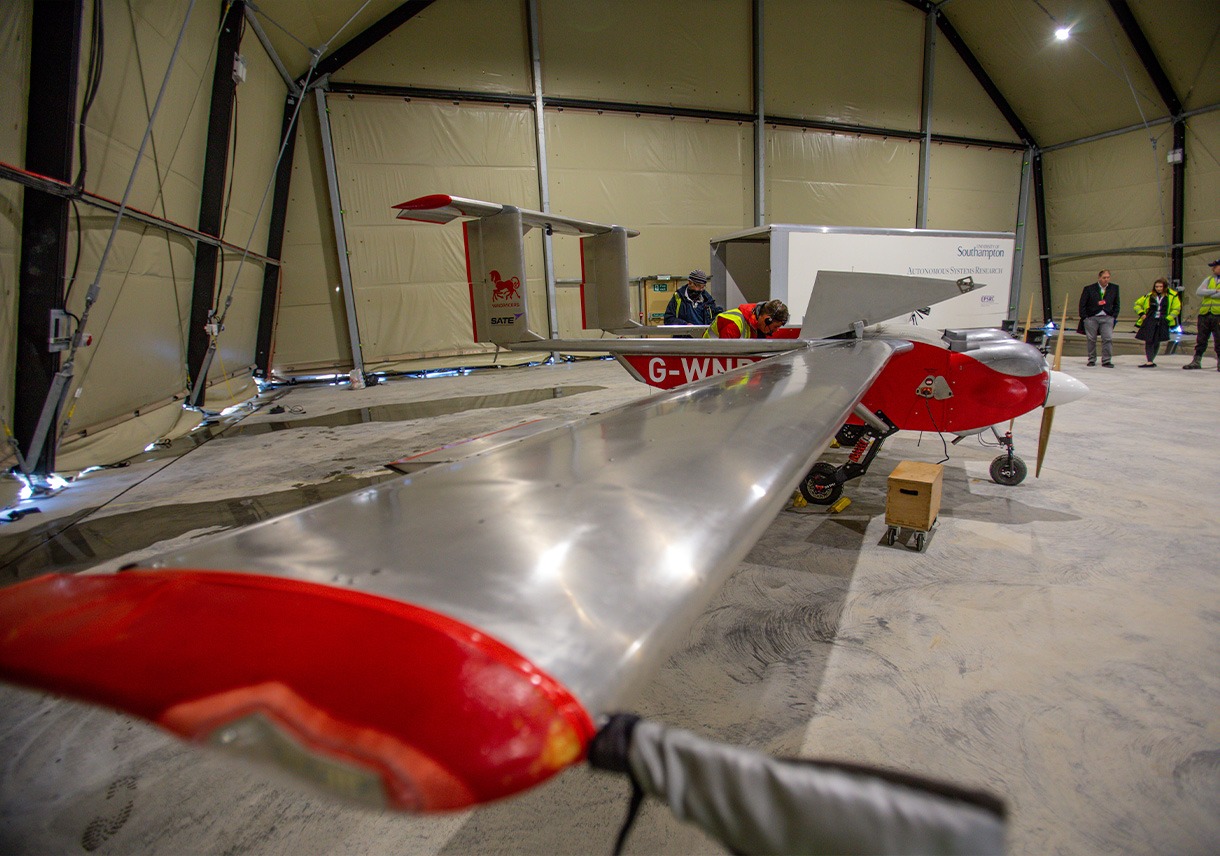 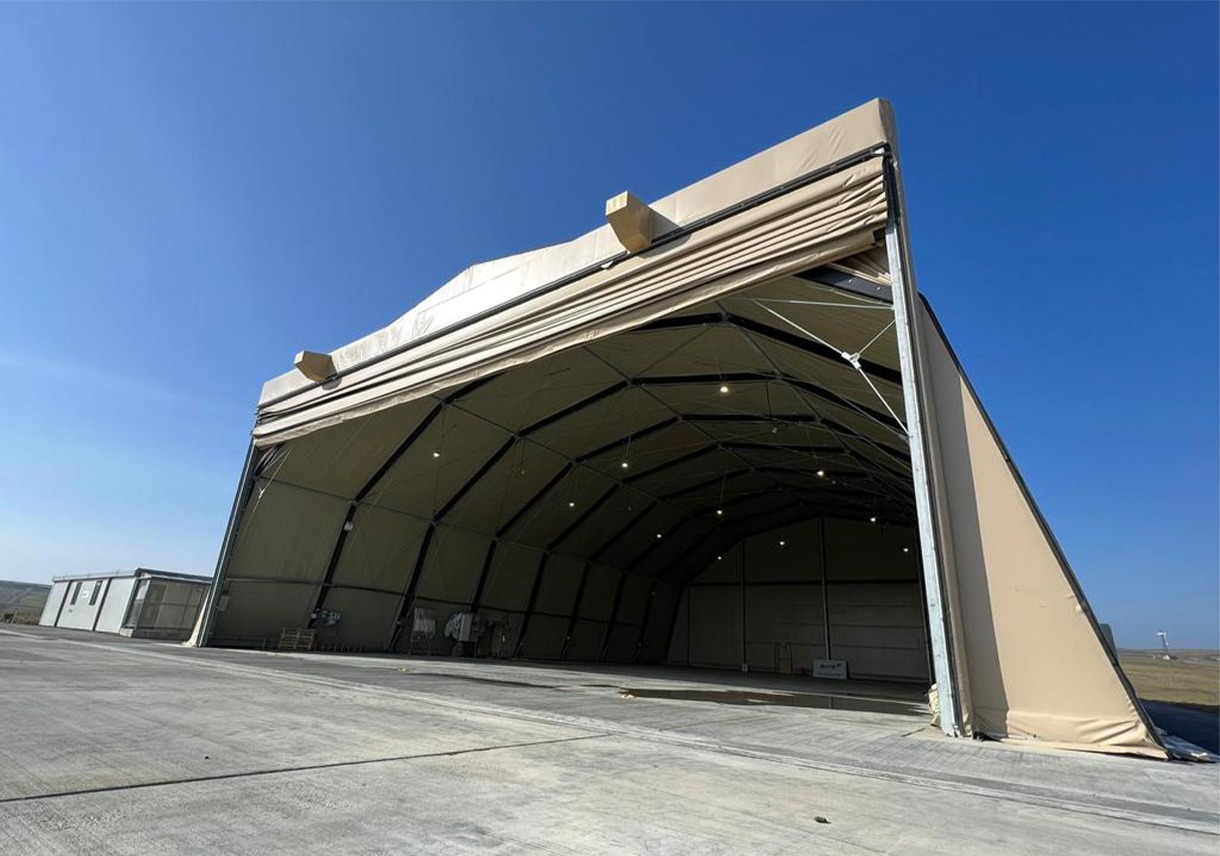 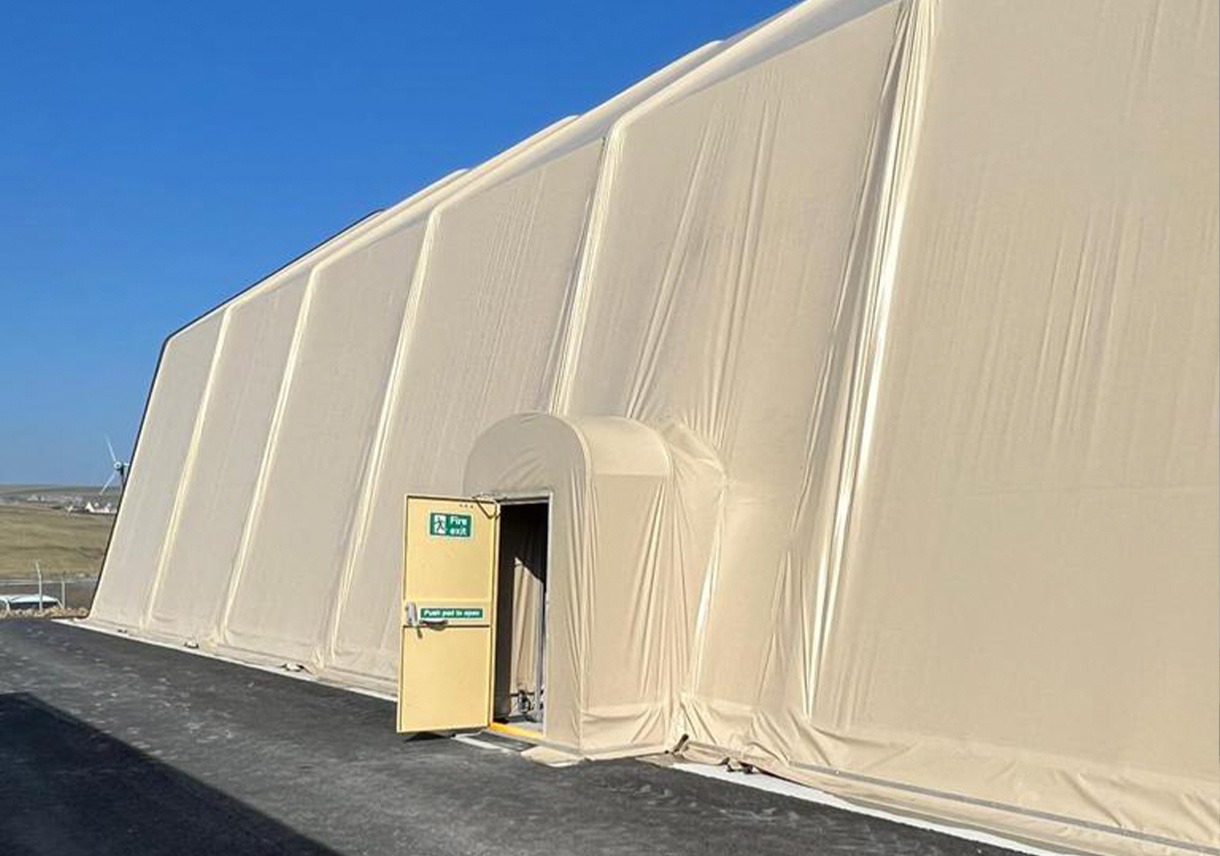