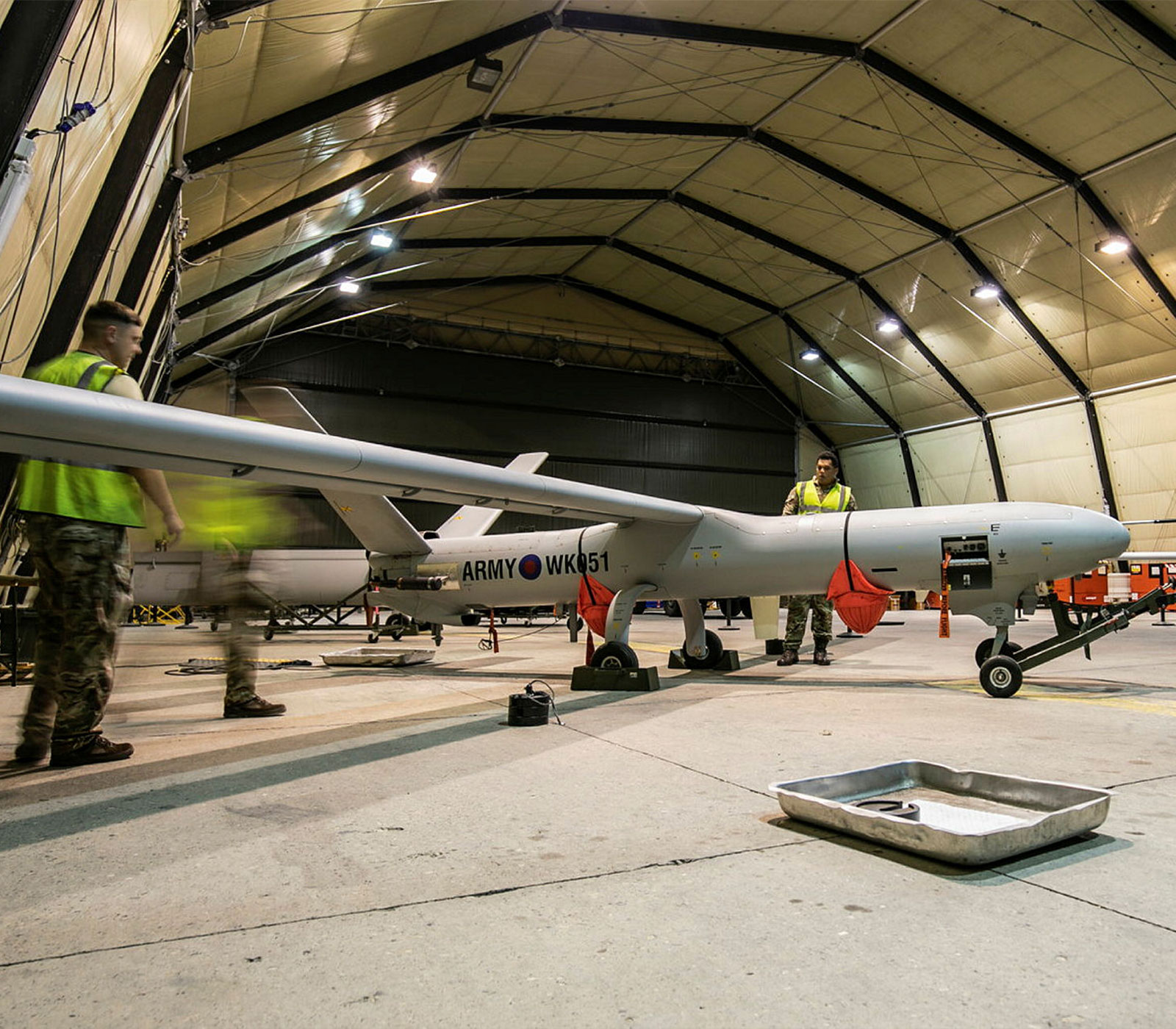 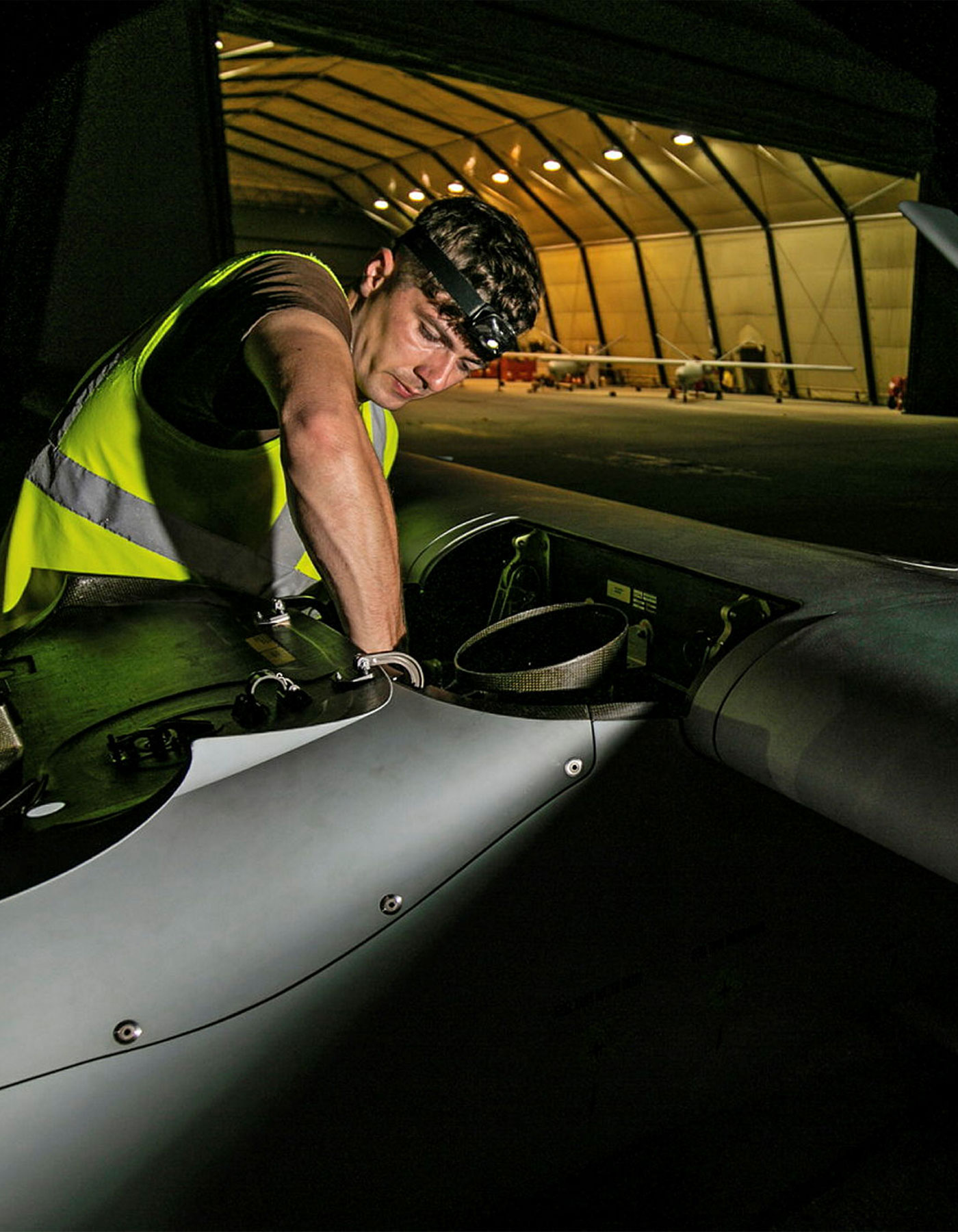 A Rubb EFASS is supporting Watchkeeper drones at RAF Akrotiri.

The 25m span x 36m long EFASS can house four 10.9m wingspan, 6.5m long Watchkeeper drones, as well as a Pinzgauer 6×6 All Terrain Truck which is used as a command vehicle and fuelling point for the UAVs. Easy access is provided by an 18.2m x 6.5m Heli-Door, as well as four personnel doors.

The 25m Rubb rapid deployment military aircraft hangar is currently the largest hangar in the EFASS range of military buildings. This size hangar can be packed into two 20ft ISO shipping containers and erected in less than four days. 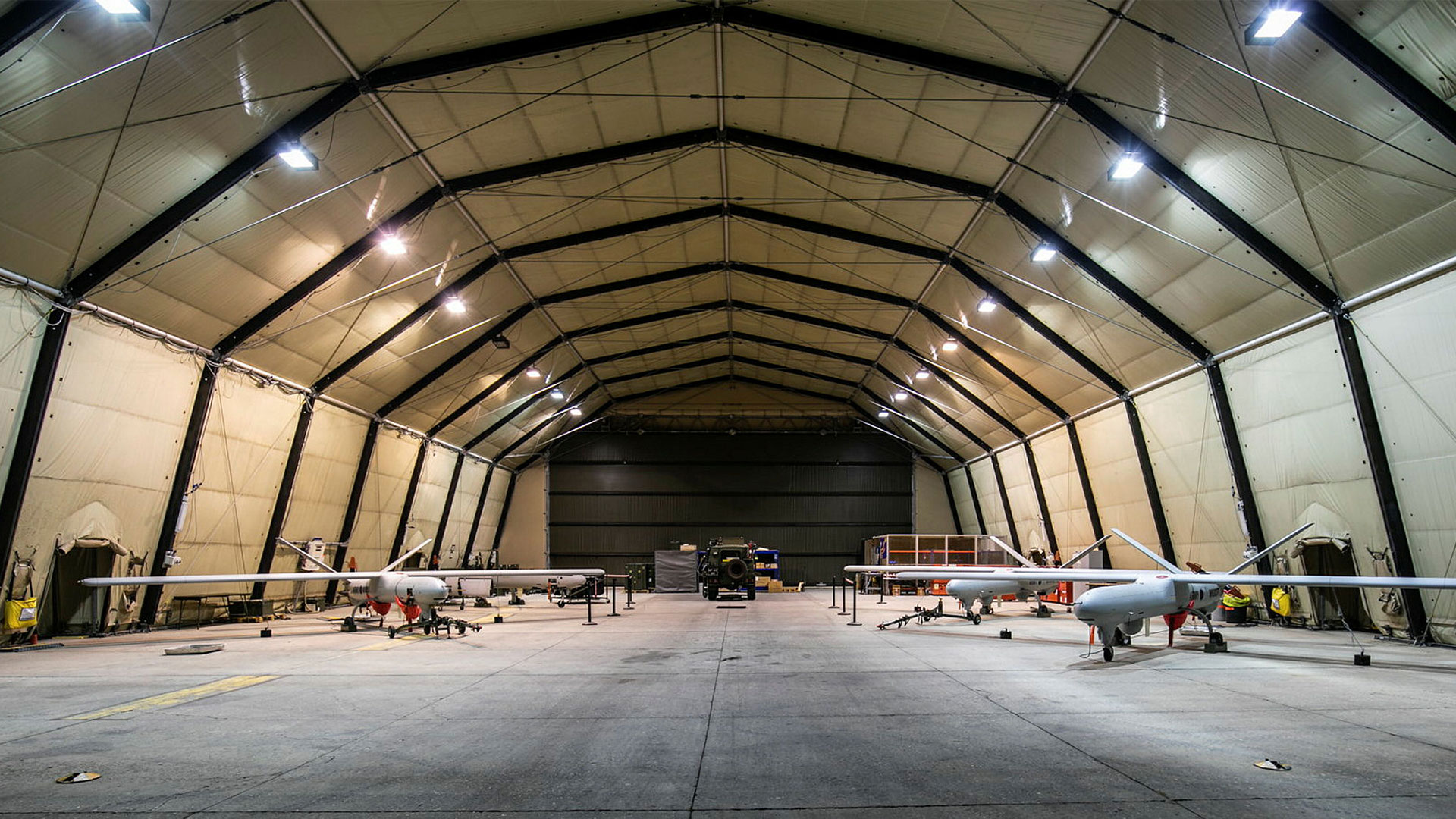 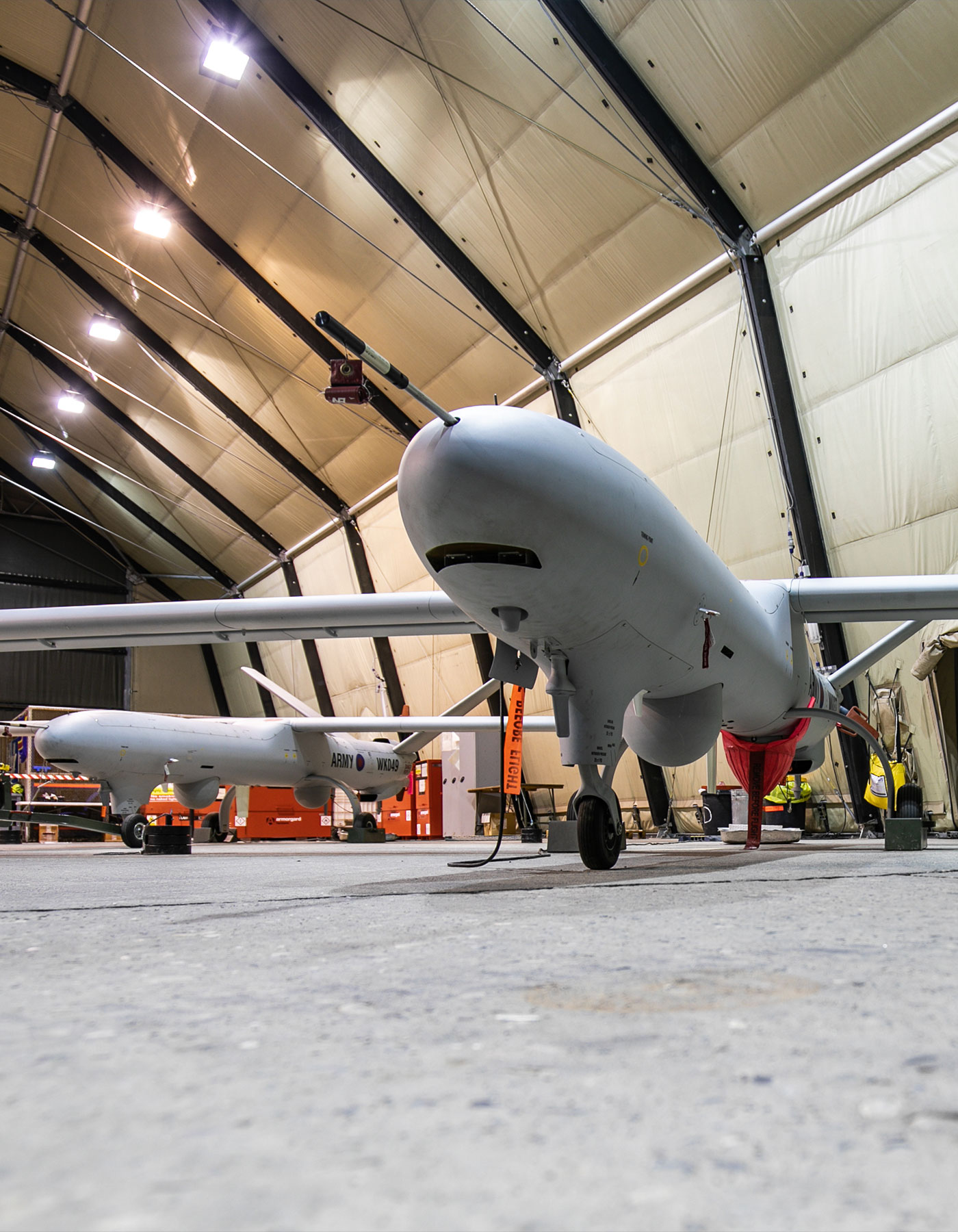 Built in the UK by Thales, the Watchkeeper is an autonomous system that always requires a ‘human in the loop’ to authorise all aspects of its operations from their ground control station (GCS). Watchkeeper is the Army’s intelligence, surveillance, target acquisition, and reconnaissance (ISTAR) drone, designed to be used in warfighting as well as a wide number of other scenarios.

Able to reach altitudes of up to 16,000ft and stay in the air for up to 14 hours, the tactical UAV has proven itself an essential asset on the battlefield. It lets the Army see things up to 200km away and has been used successfully in Afghanistan, where it has played a crucial role in protecting British troops.

The 47th Regiment Royal Artillery (47RA) —the Army’s Tactical Unmanned Aerial Systems (TUAS) Regiment—based at Larkhill, Wiltshire is responsible for Watchkeeper. After finishing basic crew training in the UK, the crews come out to RAF Akrotiri to complete vital currencies and flying checkpoints which is facilitated by the good weather around Cyprus. 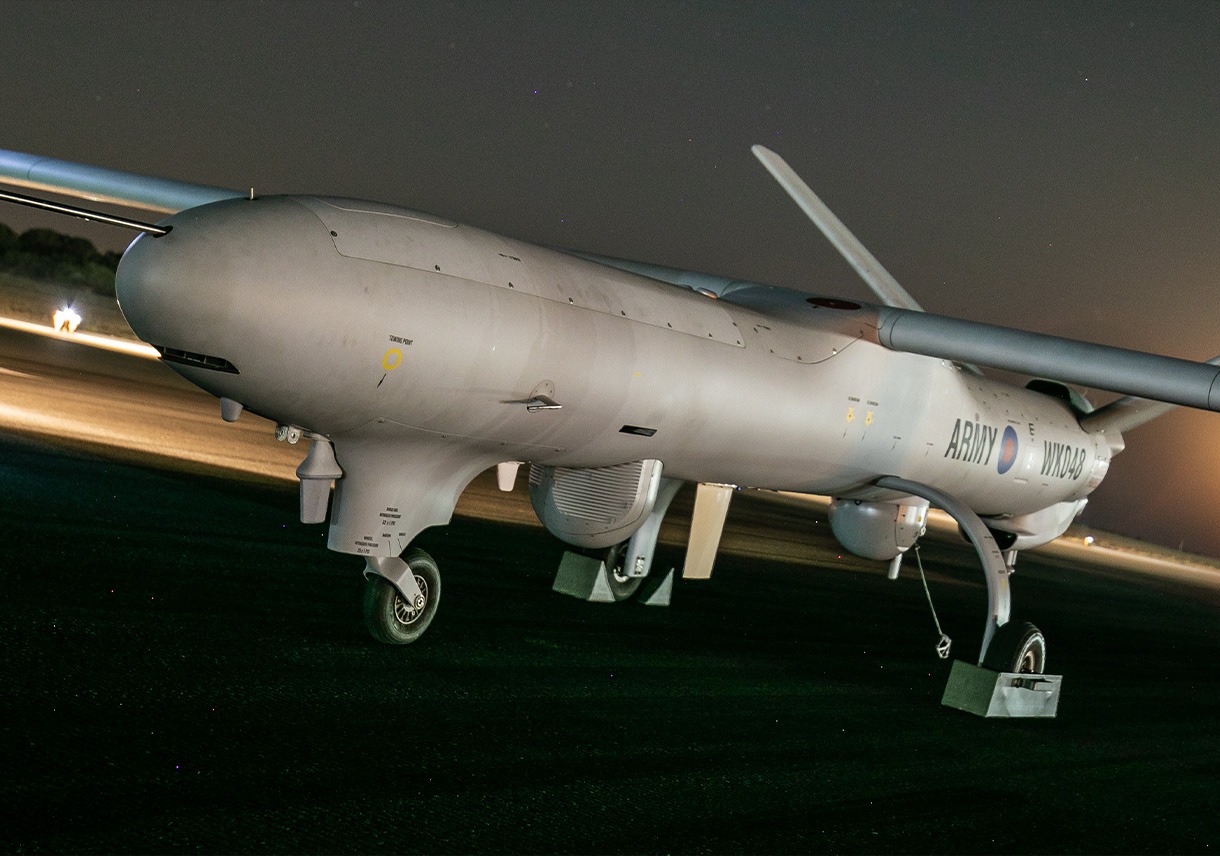 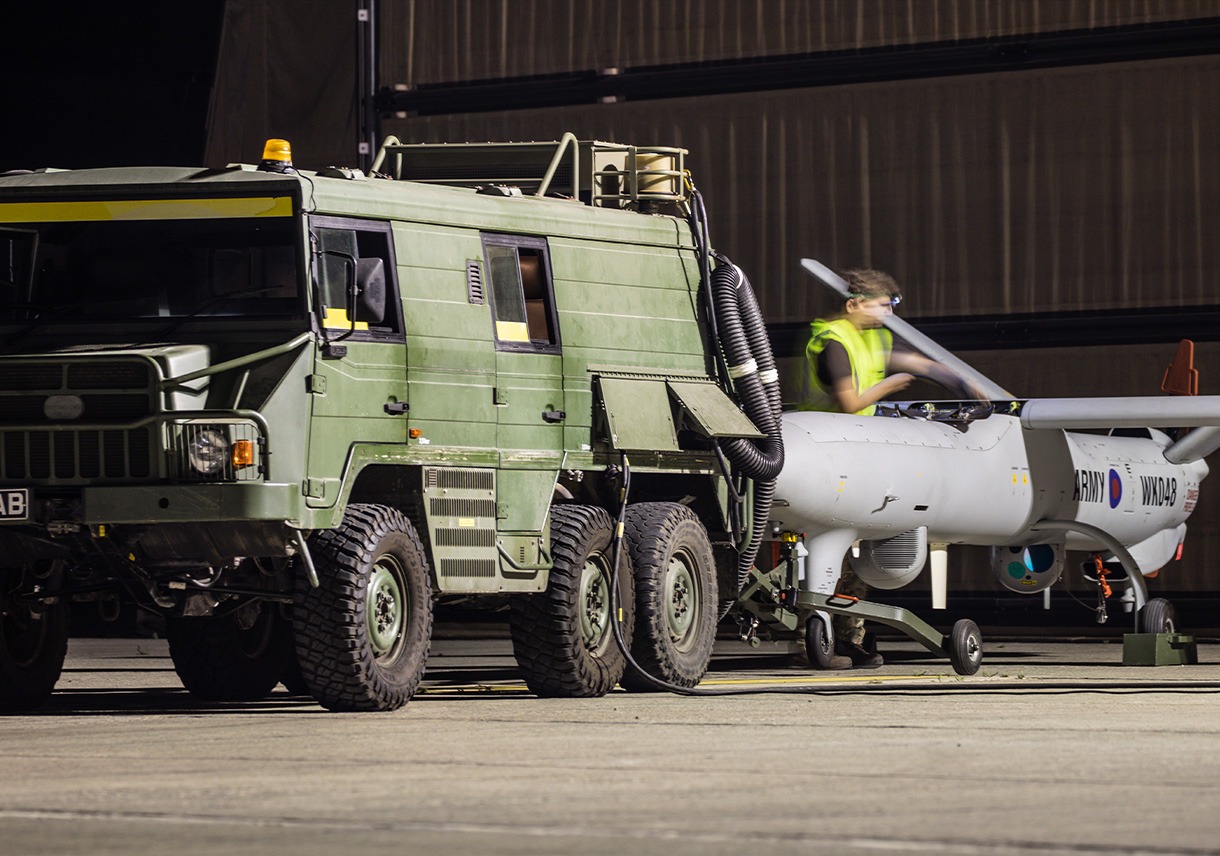 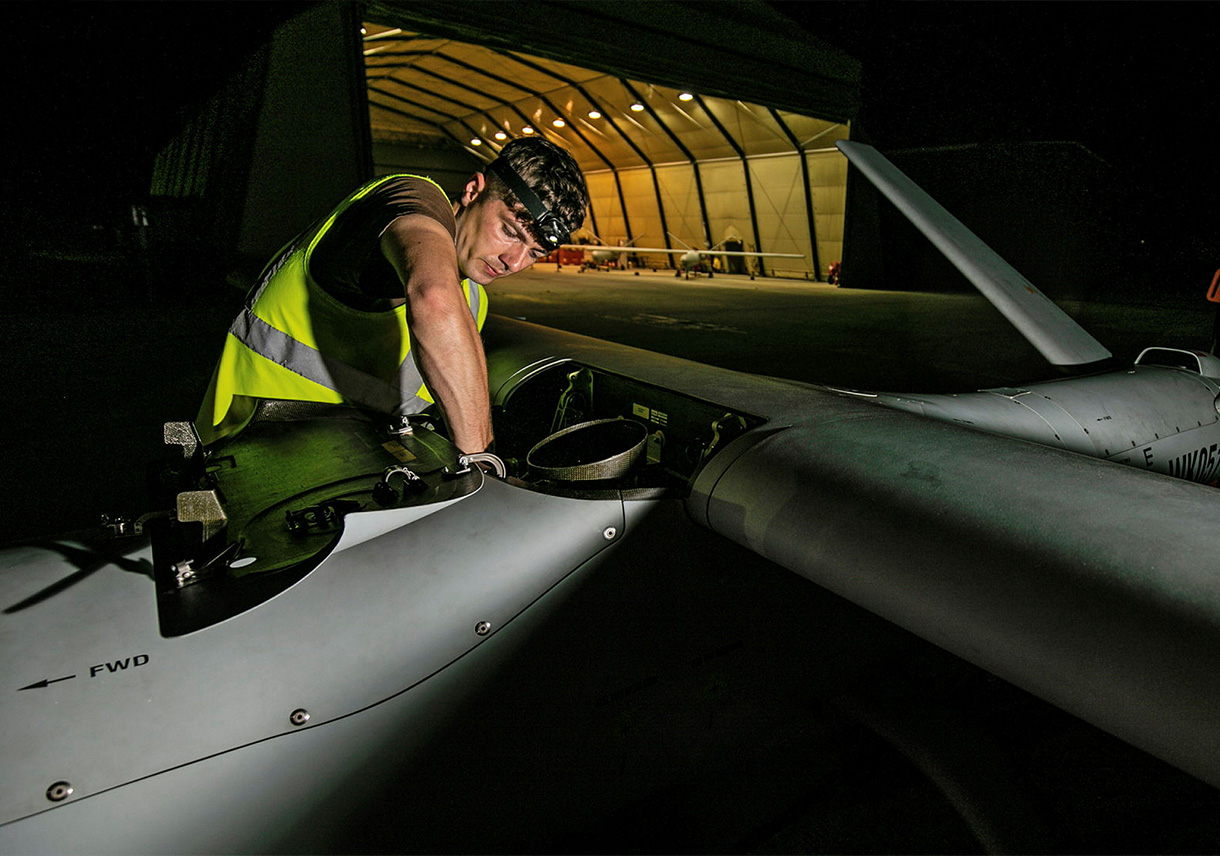 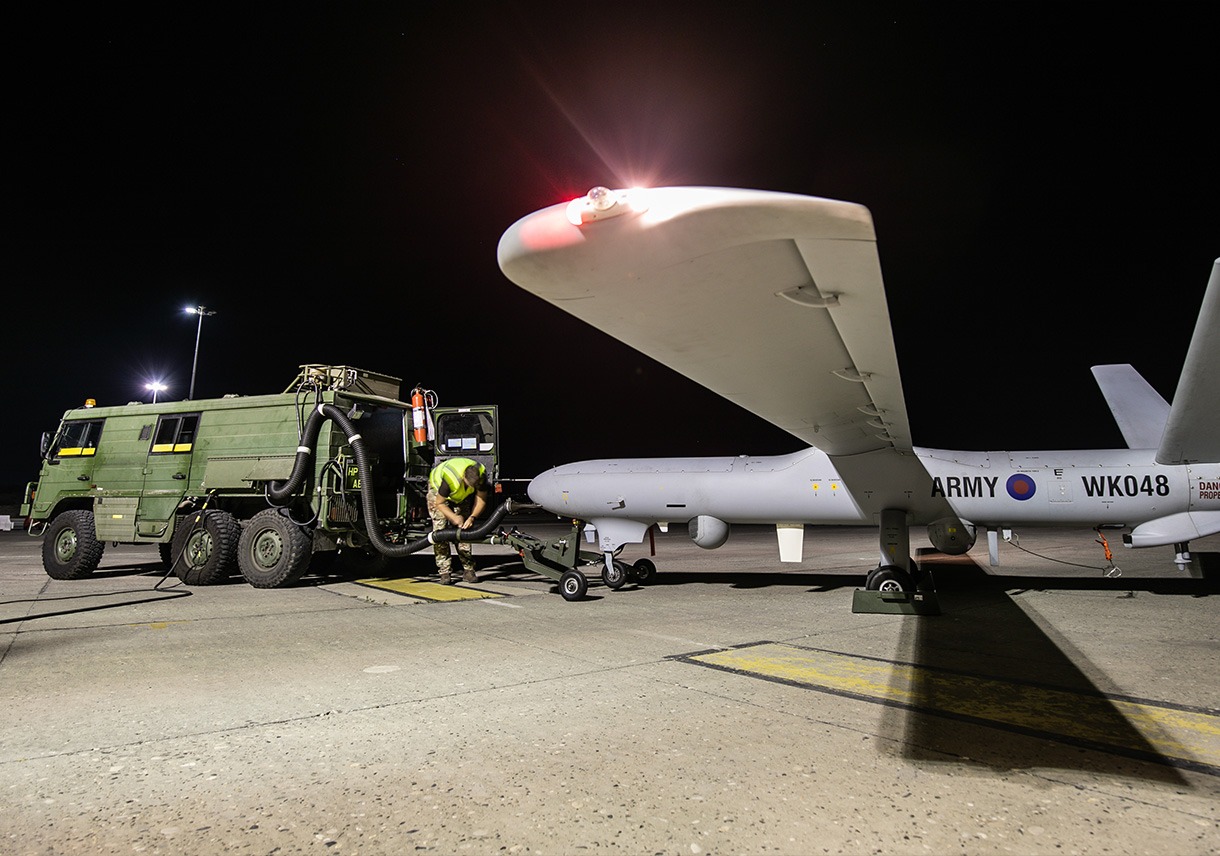 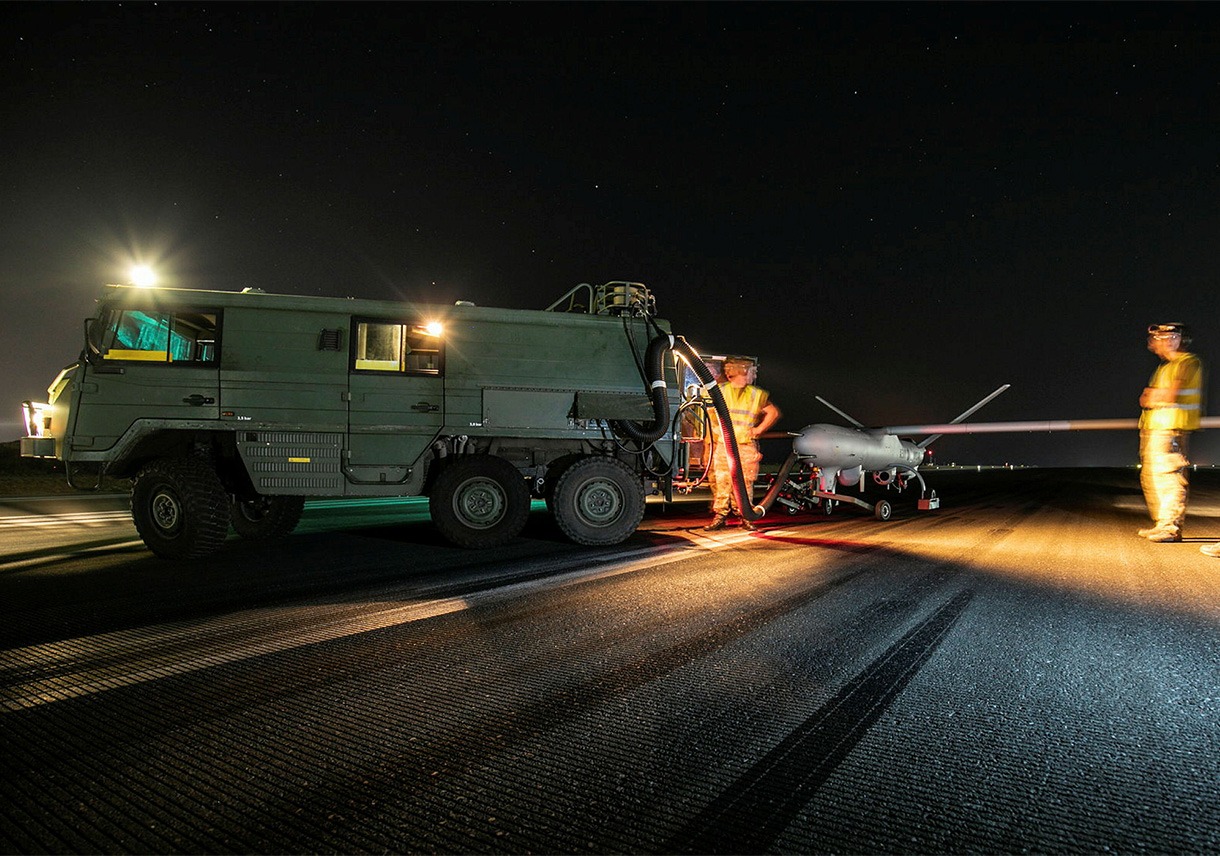 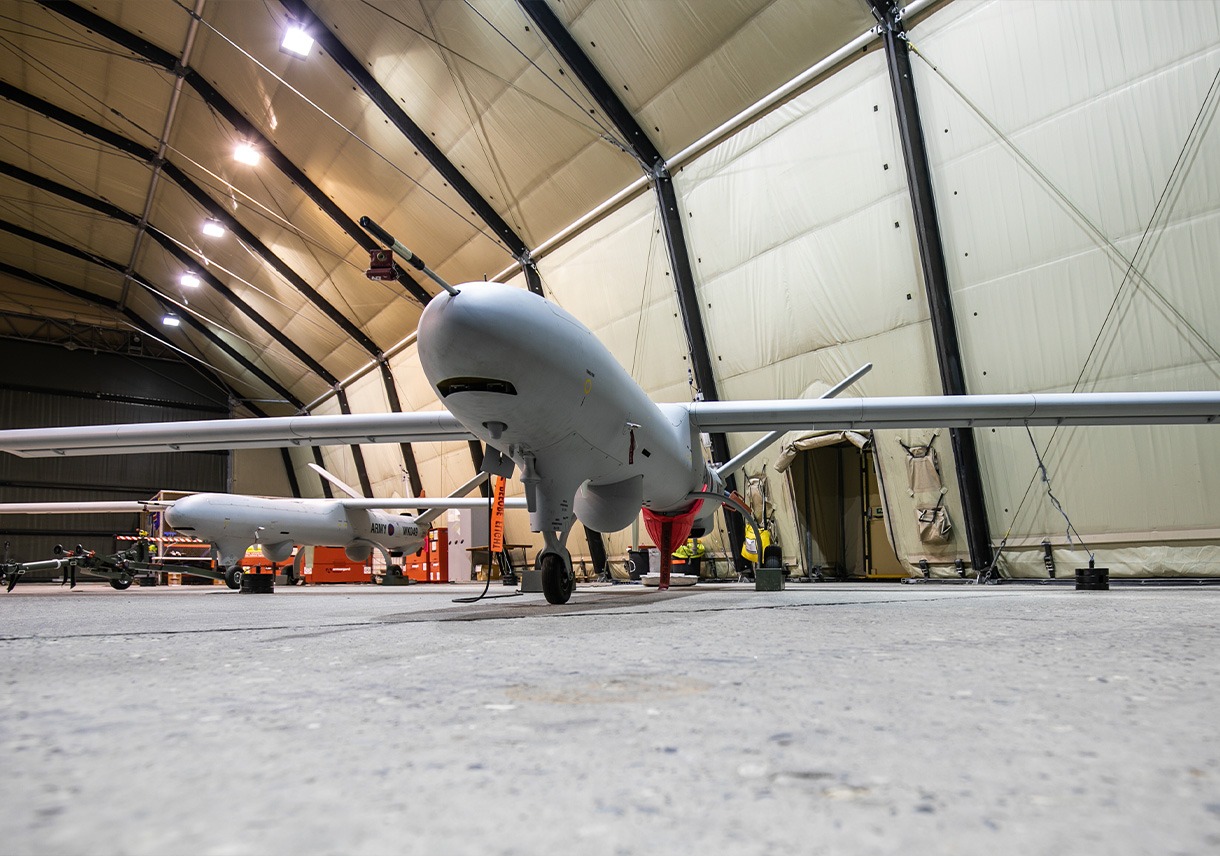 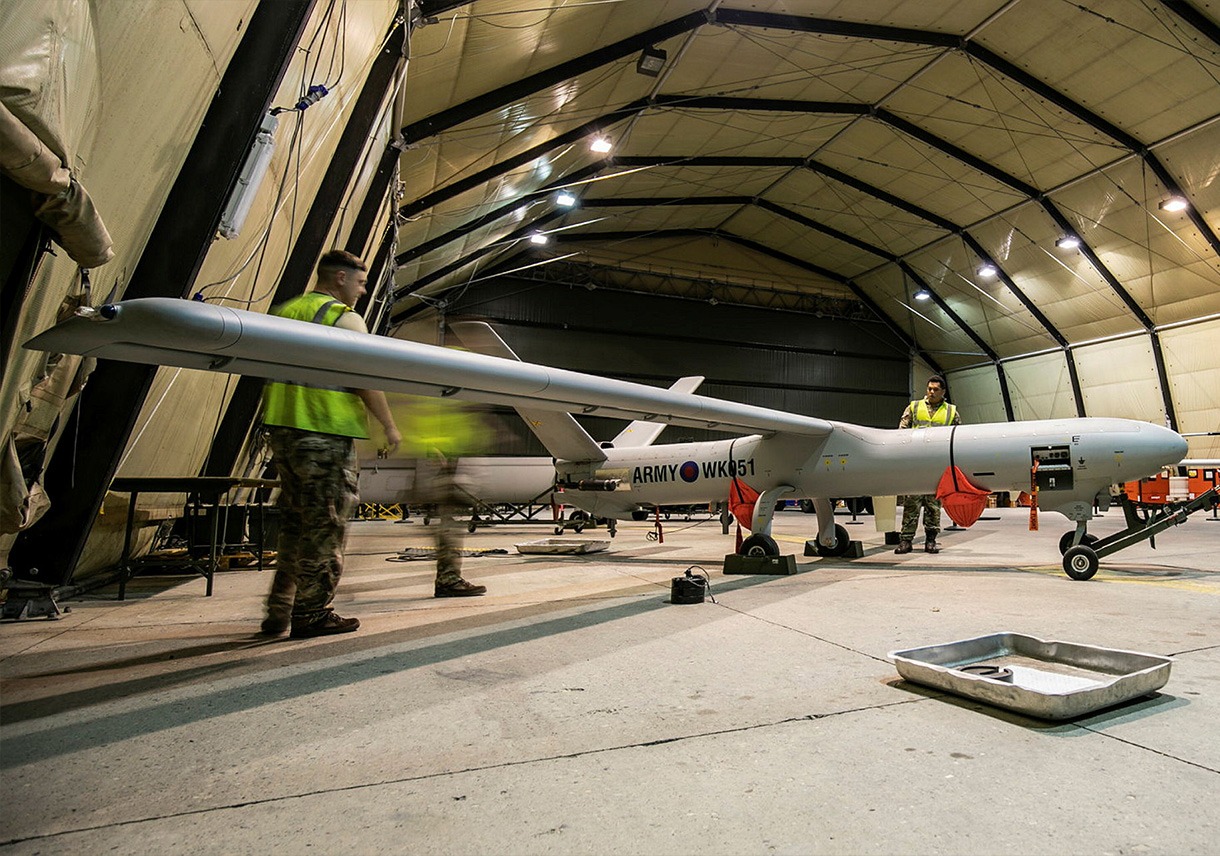 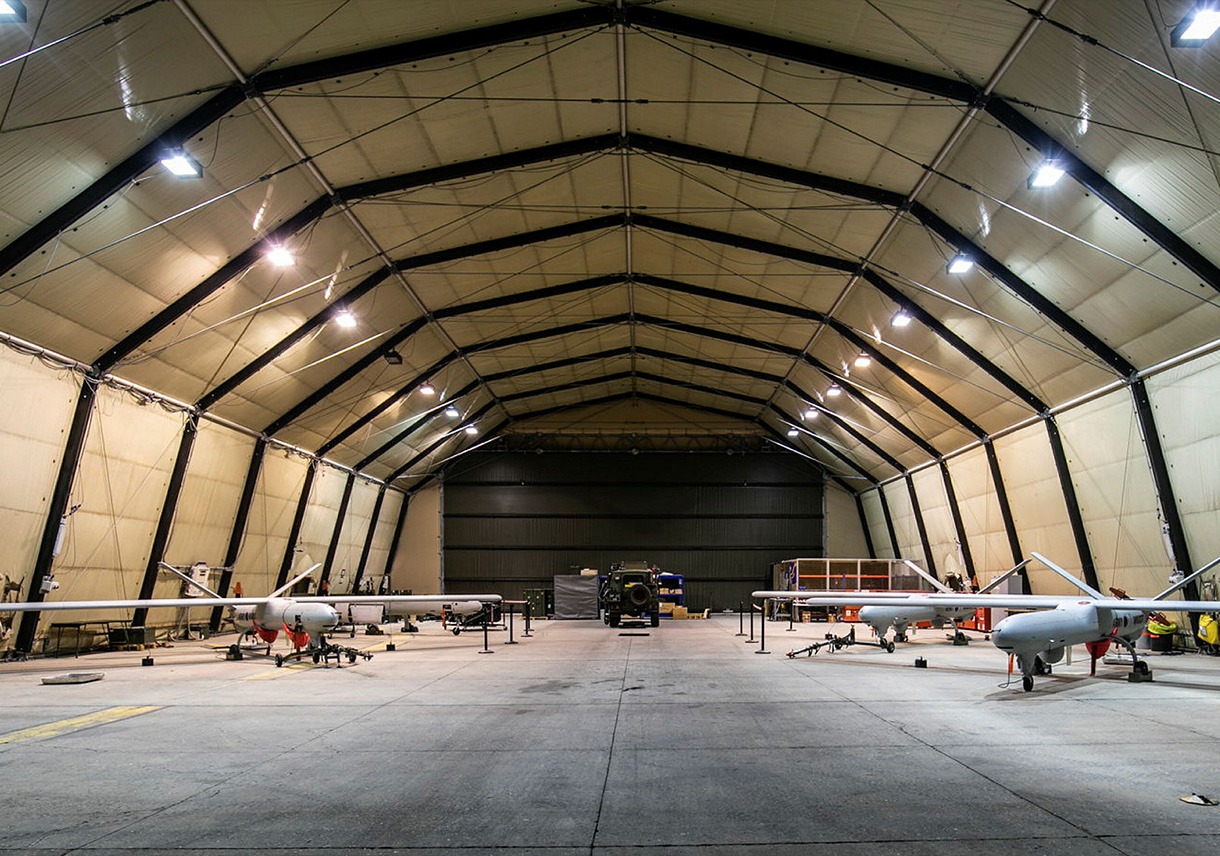