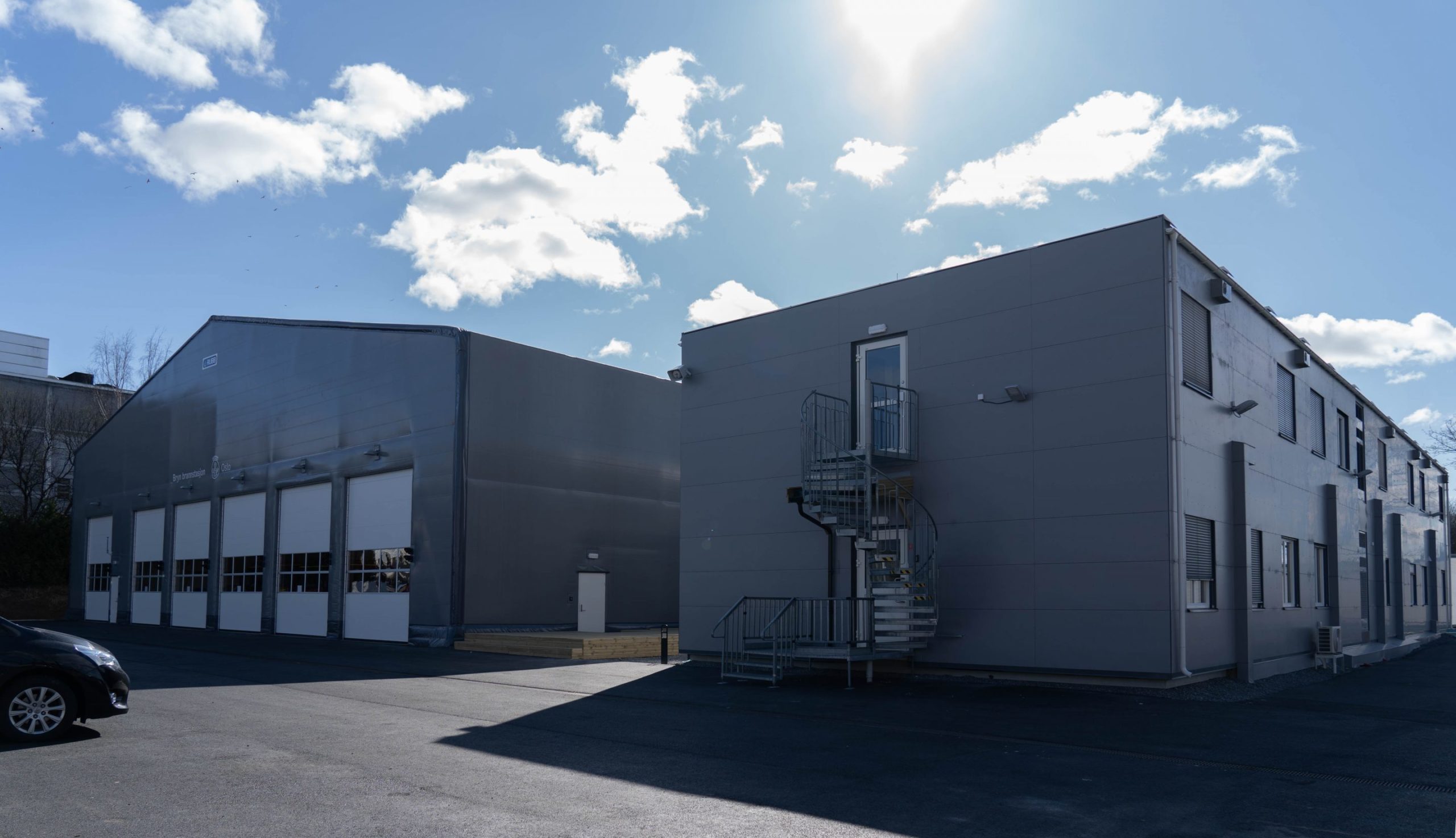 Rubb is proud to support emergency services such as the police, air ambulance and fire service.

The National Police Air Service needed a new helicopter hangar after moving its Dorset base from police HQ to Bournemouth Airport.

Rubb also provided an aircraft hangar for the air ambulance…

Some alterations were made to ensure the hangar was suitable for the new location. Due to the nature of the existing ground at the proposed site, the Rubb design team had to modify the building gable end and door system to facilitate the ambucopter. A 4m section of the door track was removed and a wheeled system added to provide a flat ground surface at the entrance of the hangar.

Lincs and Notts Air Ambulance is a dedicated Helicopter Emergency Medical Service, funded by charitable donations. LNAA’s MD 902 Explorer helicopter can reach any point in the two counties in less than 20 minutes and on average can transfer a patient to hospital within 8 minutes. The ‘Ambucopter’, is fully equipped for medical emergencies. It is permanently staffed by two paramedics, and a doctor on occasion.

Our emergency relief shelters can be easily transported and rapidly erected for worldwide emergency situations. They can also be dismantled, stored and re-deployed to meet later emergency requirements at other locations. Rubb’s larger softskin prefabricated structures can be used for emergency accommodation, storage of goods and equipment and protection of aircraft and land transport vehicles against extreme weather conditions.

Rubb emergency shelters can be packed into shipping containers and are fully air transportable for field missions worldwide.