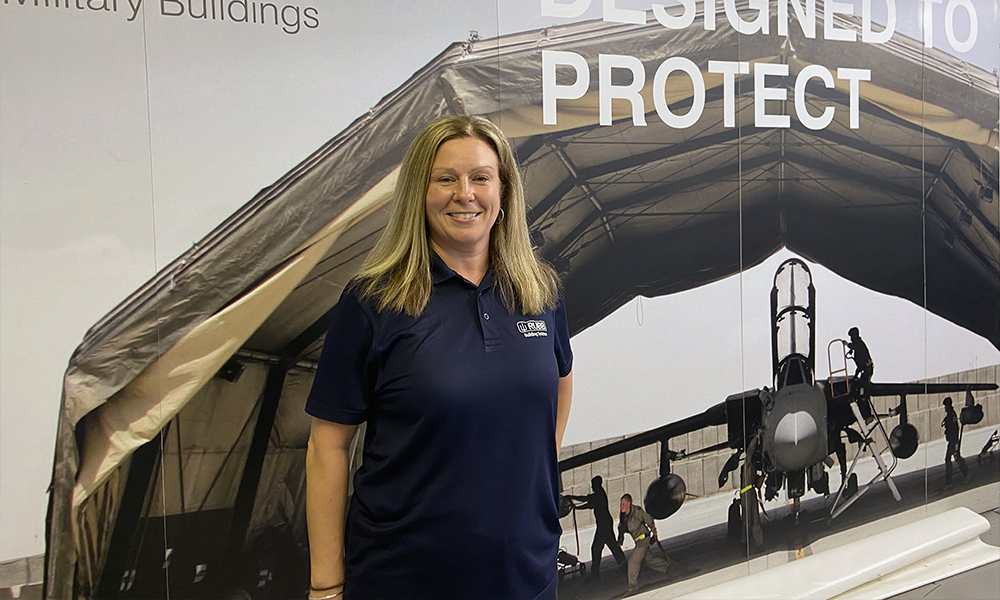 From production operator to production manager – Rubb’s Melanie Brewis is celebrating her 30th anniversary at Rubb.

Mel began working for the Gateshead company, at Team Valley Trading Estate, in 1990.

She joined Rubb at the age of 16 and has progressed from the role of Production Operator to PVC Production Manager. “I found out about Rubb from a friend and started working in August 1990. It doesn’t seem like long ago. It has flown,”  Mel said.

Mel swiftly progressed to become Deputy Supervisor in January 1994 and Supervisor by September of the same year. She has also been involved in many aspects of PVC R&D, from the development of Rubb Military Buildings to insulated Thermohall cladding technology.

“I have enjoyed working on some of the big orders for the Ministry of Defence and NATO. It was good to work on the 52 military RES buildings for the UK MoD in 2003/2004,” she added. “The modernisation of technology has helped us adapt and improve our production procedures. We also have people here with years of experience who can apply what they know to current projects.”

Pictured above is Mel celebrating 25 years of working at Rubb.

In 2016 Mel became Production Manager, and has been involved in the production of many Rubb projects, such as the easyJet MRO hangar at Gatwick Airport and many urgent building requirements for the UK Ministry of Defence.

Mel was also instrumental in the configuration and improvements developed for the fabric cladding of sports halls. She played a vital part in helping produce the largest fabric membrane to date for the Alan Higgs Centre structure, measuring 47.5m x 67m.

Sales manager Andy Knox says: “Mel is a little legend. She knows the job and our buildings inside and out, and is always on the money when it comes to providing an expert recommendation relating to projects.”

Mel also organises a lot of charity events for the company to take part in, such as Wear It Pink Day.

Mel and the team have continued to step up as key workers throughout the recent UK Lockdown, to ensure crucial ongoing projects for the UK MoD continued to be met.

While the traditional anniversary celebrations may be on hold for now, everyone at Rubb wishes Mel on the best on her achievements.